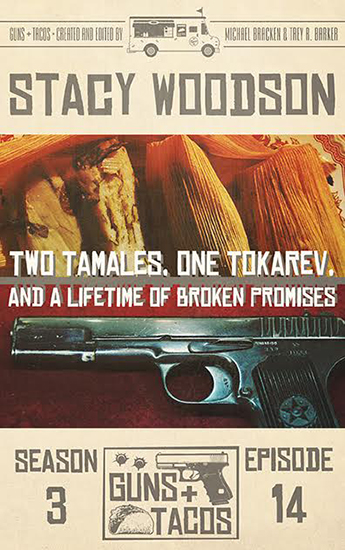 “Two Tamales, One Tokarev and a Lifetime of Broken Promises”

Down and Out Books

A minister, a taco truck, and a gun, what could possibly go wrong?

Vivian, an ex-con turned prison minister, discovers her brother, Tommy, is in debt to the Chicago Outfit. And they’re calling the note—20 grand plus the juice. If Tommy doesn’t come up with the money in 72 hours, he will be a permanent resident of Lake Michigan.

As kids, she and her brother grew up on the streets and lived by a set of rules: #1 no drugs, #2 no turning tricks, #3 no tangling with the mob. And they’d have each other’s back—always.

Vivian can’t abandon her brother, despite the risk to her church and the new life she’s built for herself.

So, she comes up with a plan—a way to turn the tables on the Outfit and save her brother. An Eastside bookie, a taco truck, and a Russian-made pistol are key. But even she knows the plan is a long shot. There was a reason why she made rule #3. When it comes to the mob, someone always pays a price. 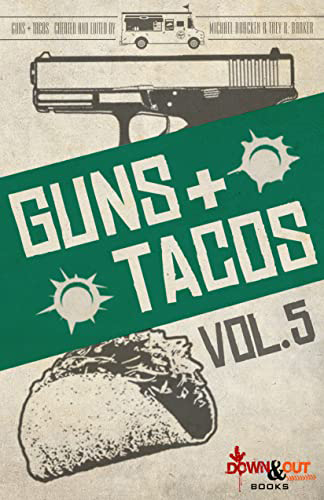 Down and Out Books

There’s a taco truck in Chicago known among a certain segment of the population for its daily specials. Late at night and during the wee hours of the morning, it isn’t the food selection that attracts customers, it’s the illegal weapons available with the special order.

Each episode of Guns & Tacos features the story of one Chicagoland resident who visits the taco truck seeking a solution to life’s problems, a solution that always comes in a to-go bag.

Episode 13: Two More Tacos, a Beretta .32, and a Pink Butterfly by Dave Zeltserman
Episode 14: Two Tamales, One Tokarev, and a Lifetime of Broken Promises by Stacy Woodson
Episode 15: Chimichangas and a Couple of Glocks by David H. Hendrickson

“Buckle up for a gritty trip through Chicago’s seedy underbelly! Come along as Viv, an ex-con minister, struggles to provide salvation for her brother with the help of the Good Book—and a Tokarev. Stacy Woodson’s snappy voice sparkles in this tense tale of family loyalty. A winner!”
—Alan Orloff, ITW Thriller- & Derringer-award winning writer